In 2000, a local farmer, Adam Twine obtained a grant from the Countryside Agency to renovate an old farm building to use for community and social purposes. He looked into the idea of creating a therapeutic horticulture project.

Around the same time, a Mental Health Development Worker was researching the needs of people living in the area who experienced mental health difficulties. This research identified a serious lack of support, employment and training-related services for such people. These two strands came together in Root and Branch.

A group of interested and enthusiastic people from the local community took the idea forward to gain charitable status and raised enough funds to open the project in 2003.

Root and branch help people who experience mental health difficulties, such as depression, anxiety, schizophrenia and bi-polar disorder.  The organisation offers a wide range of activities such as gardening, blacksmithing, woodworking, crafts, artwork, cookery and gardening.  This helps people to regain their self-esteem and hence lead a fuller life including returning to work or full-time education. The age range of Root and Branch users is 23 – 75. 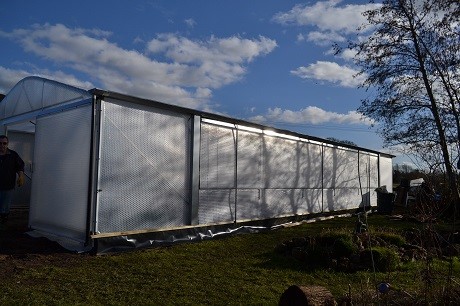 In 2014, Root and Branch decided that their existing polytunnel needed replacing to ensure the gardening aspect of their curriculum could be continued, Root and branch said:

"After many year's trusty service from our polytunnel we decided to buy a new Keder greenhouse.  While still of a polythene construction, this is better insulated than the polytunnel because of a layer of air insulation - the polythene panels give the appearance of bubble wrap." 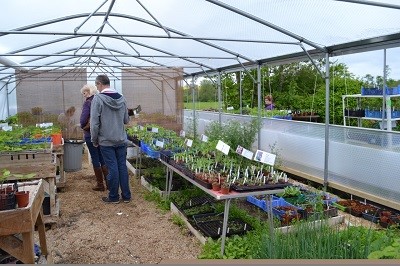 Root and Branch continued: "Although the new greenhouse has only a small increase in footprint from the old polytunnel, it is far more roomy inside because of the vertical walls.  On hot sunny days, the sides of the greenhouse can be opened up to give air circulation. A window in the rear wall of the greenhouse even if non-opening would have been lovely though as when the vents are up and the door closed one can feel a little out of touch with the garden.

All in all, we now have a bigger space for growing plants plus a much improved environment for working.  So, more people than before can work in the greenhouse and for an extended period of The year [Inside our new greenhouse] 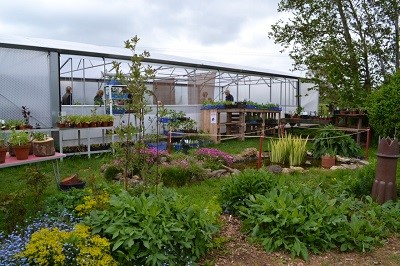 Money for funding the greenhouse was raised through a succession of grants from Lloyds bank, funds from Waitrose and also Oxford college donations.

We chose A Keder Greenhouse based on the reputation and a recommendation from a similar Organisation Bridwell Organics, who already have a Keder greenhouse. During the entire greenhouse installation process, the team who erected it were really extra friendly, easy to work with and also very sensitive to our service users.

For further information on our range of greenhouse and polytunnel installations available, or to discuss your unique requirements, please contact us today on: 01386 49096, or email us at: sales@kedergreenhouse.co.uk.