West Coast of Scotland needs a strong and robust greenhouse.

Avid vegetable growers Garry & Kate Coyle decided to purchase a Keder Greenhouse due to its strength against high winds and storms. They had seen their neighbours’ greenhouses and polytunnels being replaced about every 18 months due to the extremely high winds where they live, West coast of Scotland.

Garry, an engineer and self-confessed IT geek, maintains a weather station in their garden, which is less than 400m from the coast. This enables him to record all manner of information including humidity, temperature and wind speed, so they know the condition their new Keder Greenhouse would have to contend with. Therefore after seeing our magazine advertisement and researching on the internet they had made their decision, a 3m wide x 4m long Keder Greenhouse which was delivered in March 2021. “If they are being used in Shetland and the Falklands then it can survive here” Garry commented. 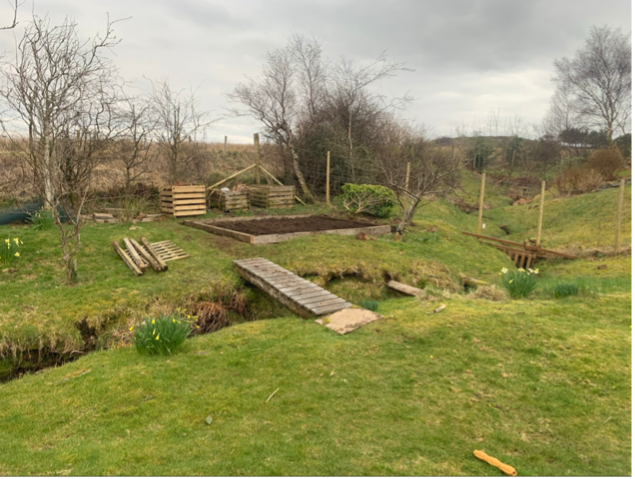 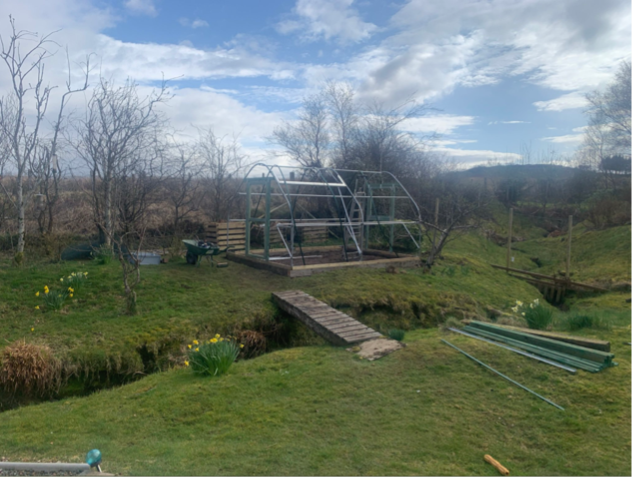 “We had a veg plot on the space allocated for the Keder Greenhouse, it was just about the same size but the ground was sloping. So I decided to concrete in some sleepers and make them level, then secure the greenhouse to the sleepers. Less work and a much better result.” explained Garry. “I spoke to the staff at Keder, they were very helpful and informative, and sent the specific fixing for this.” he said.

Now nearly 12 months old and having gone their first winter with the Keder Greenhouse, Garry reports that from his experience the Keder is going to last a long time, and with the modular design, the unlikely event of replacing a sheet or a part, will be considerably easier than the neighbours regular replacements of their complete greenhouse or poly tunnel. Indeed he wishes he purchased one years ago! 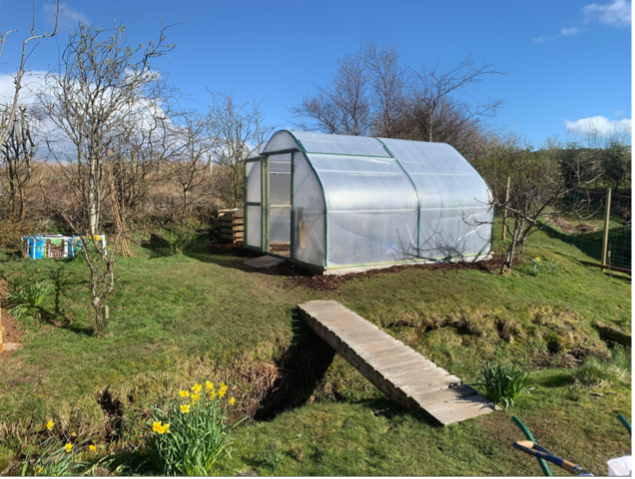 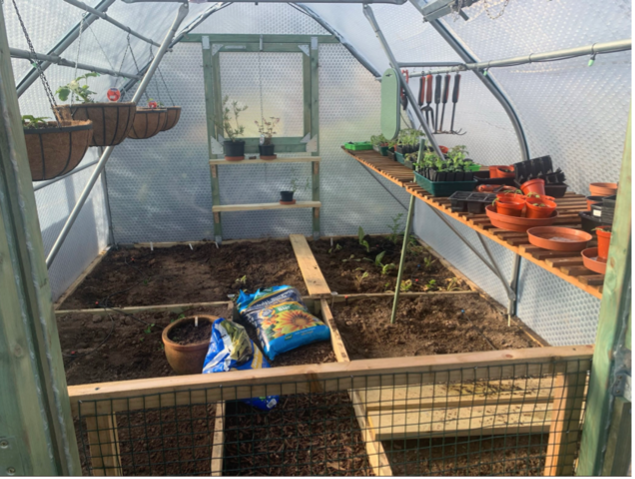 Kate, the ‘Green-fingered one’ according to Garry, is delighted with the Keder. Not only are they growing a wider range of produce and the yield of everything has increased but they have also been able extend their growing season through the winter months, something they have not been able to do previously. Last summer they grew; Sweetcorn, Spring Onion, Cucumber, Tomatoes, Sweet Peas, Broad Beans, Borlotti Beans, Lettuce, Radishes, Beetroot, Chard, and a range of Herbs. Currently they have Celery, Herbs, Chard, and Beetroot in the Keder Greenhouse and will be planting some additional items in the next few weeks.

Garry is an engineer and he commented “What a well thought out, engineered and manufactured product. Clearly a lot of thought has gone into it, making it straight forward to assemble. The customer service at Keder, especially Electra and Marie, were extremely knowledgeable and helpful” he commented. “We took our time doing the research, called them a few times and they were happy to chat. Once we ordered things were dealt with efficiently, ensuring we were kept informed along the way, right up to the delivery guy letting us know when he was arriving. All customer service should be like this.”

They are now setting up an automatic, wi-fi enabled, watering system, along with humidity and daylight monitoring. He plans to monitor the changes in temperature inside and outside the Keder and keep a log of the wind speeds which will be very interesting!!.