Overlooking Loch Harport on the Isle of Skye

Terry and Julie live on the Isle of Skye, it is fantastic and they love it. But it does come with some challenges and the weather is the biggest challenge. It does what it wants and they just get on with life.

Living in an exposed location on the Isle of Skye, which is part of the Inner Hebrides, over looking Loch Harport, the views are breathe takingly beautiful but when the weather turns wind speeds can reach speeds of 100mph (161kph), strong enough to will blow things over and destroy them. “We have seen Cauliflowers ripped out of the ground. Add to this the high rainfall, low temperatures and limited daylight in the winter makes for challenging conditions to grow vegetables. So a greenhouse or polytunnel is necessary, but it needs to be very strong and highly durable.” explained Terry. So when they decided to look for a greenhouse it became clear there was really only one choice. A Keder Greenhouse. 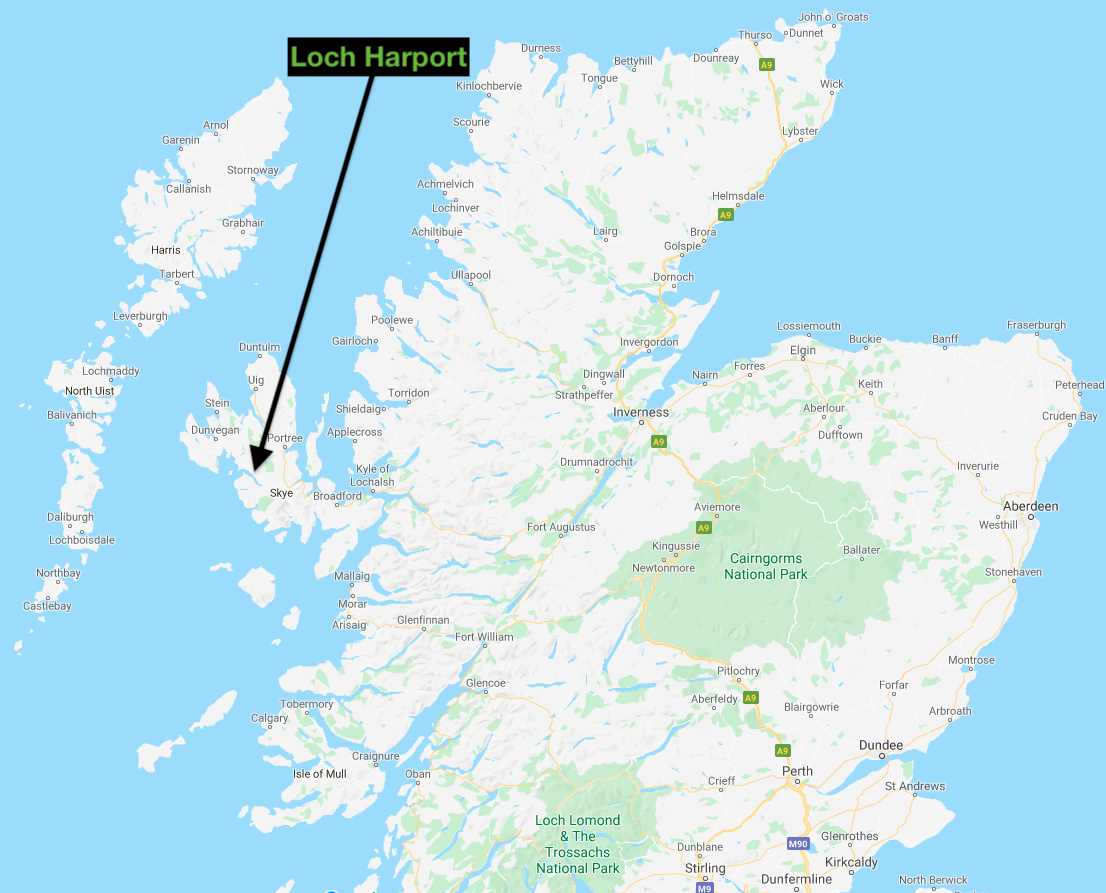 Location of Loch Harport on the Isle of Skye

“Keder Greenhouse have been around for over 25 years, there are lots of them in Scotland, Wales, Ireland and England.” Terry commented. “More importantly I have seen many on our Island. When I did some basic research I found lots of them across other Scottish Isles such as Orkney, Shetland and across the Hebrides.” he continued.

“We started looking a year ago but needed to organise the location in the garden. In my research I found many on the Inner and Outer Hebrides. I spoke to someone else on Skye and his comments confirmed it for my wife and I. He said ‘In all the weather we have had up here other types of greenhouses and polytunnels only last a year or so but my Keder Greenhouse is very solid and stable it has not moved’, that’s the comment that did it for me.” explained Terry.

It took them about a year to get the ground organised as and where they wanted to place it there was a Burn (stream) but the ground was not level enough. So after some additional base material, rubble and top soil, as well as some hard work the site was ready.

In February 2020 they placed their order for a 3m wide x 6m long Keder Greenhouse, side staging on either side and an automatic roof vent. Then Covid arrived and things shut down for a while. Nevertheless the team at Keder HQ kept them informed. “They are great, a nice family business that cares. Really helpful, knowledgeable and informative and by mid April we got a call saying it was on the way. “We were very excited” enthused Terry.

Well fast forward to the beginning of May and it was built.

Looking up towards the Keder Greenhouse.

Looking at the Keder Greenhouse with Loch Harport in the background. 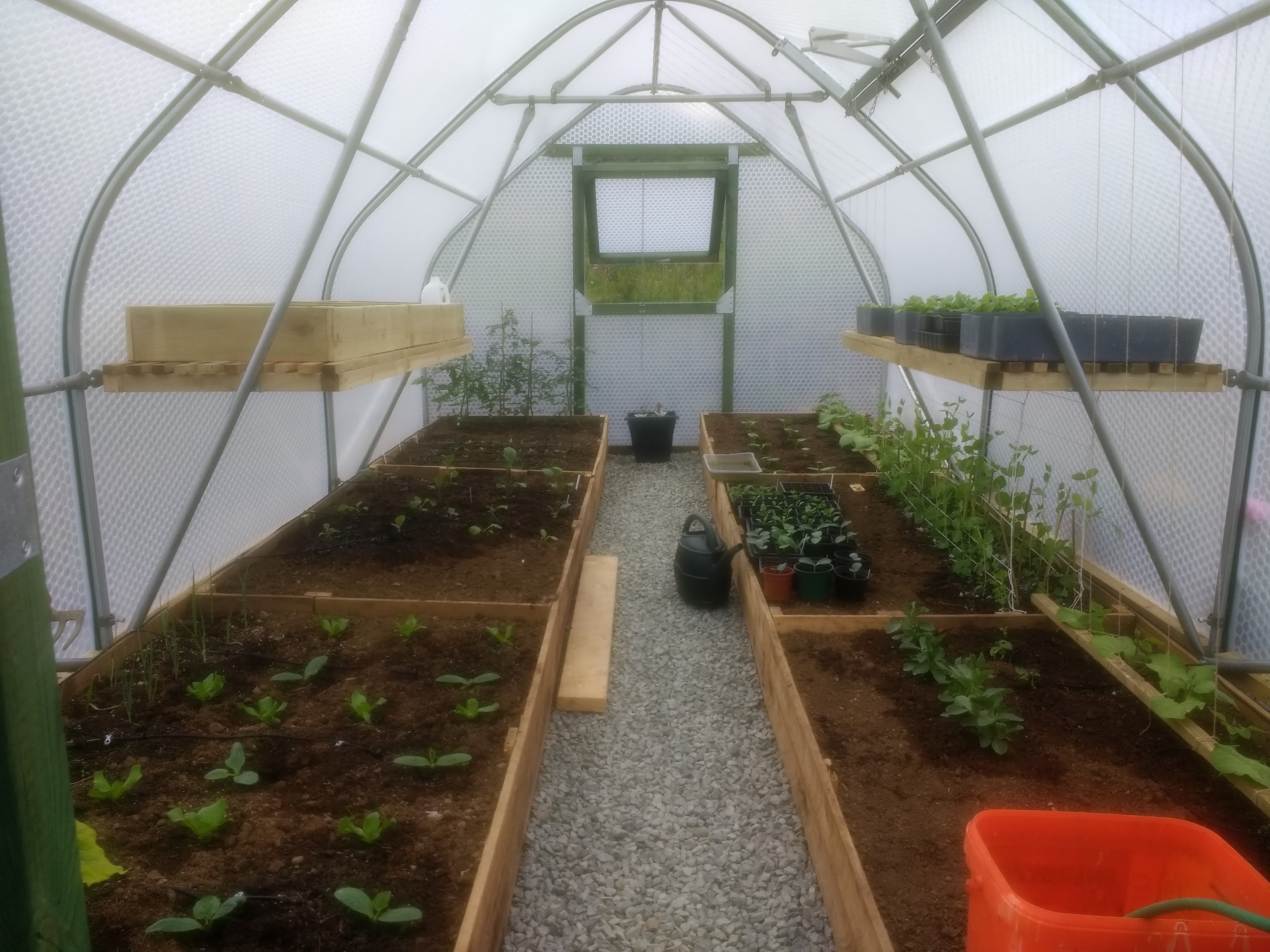 Inside the Keder Greenhouse, with raised beds and side staging on either side.

“As a former gas engineer I can turn my hand to most things so I decided to build it myself. The instructions were very clear, and all the parts were labelled and easy to identify. We started on a Friday and it was completed by Tuesday, it took a little longer than expected but that was due to the weather, it tends to have that affect!” Terry said.

Terry was very impressed by the quality of the components and the manufacturing. “It is clear that a lot of thought has gone into the design and manufacture of these products. That is why it is so strong and durable and will last us a lifetime, I know I made the right choice” Terry said.

It has now been is use for just over 2 months and the progress Terry and Julie have made is really great. Their crops are coming on at an excellent pace. 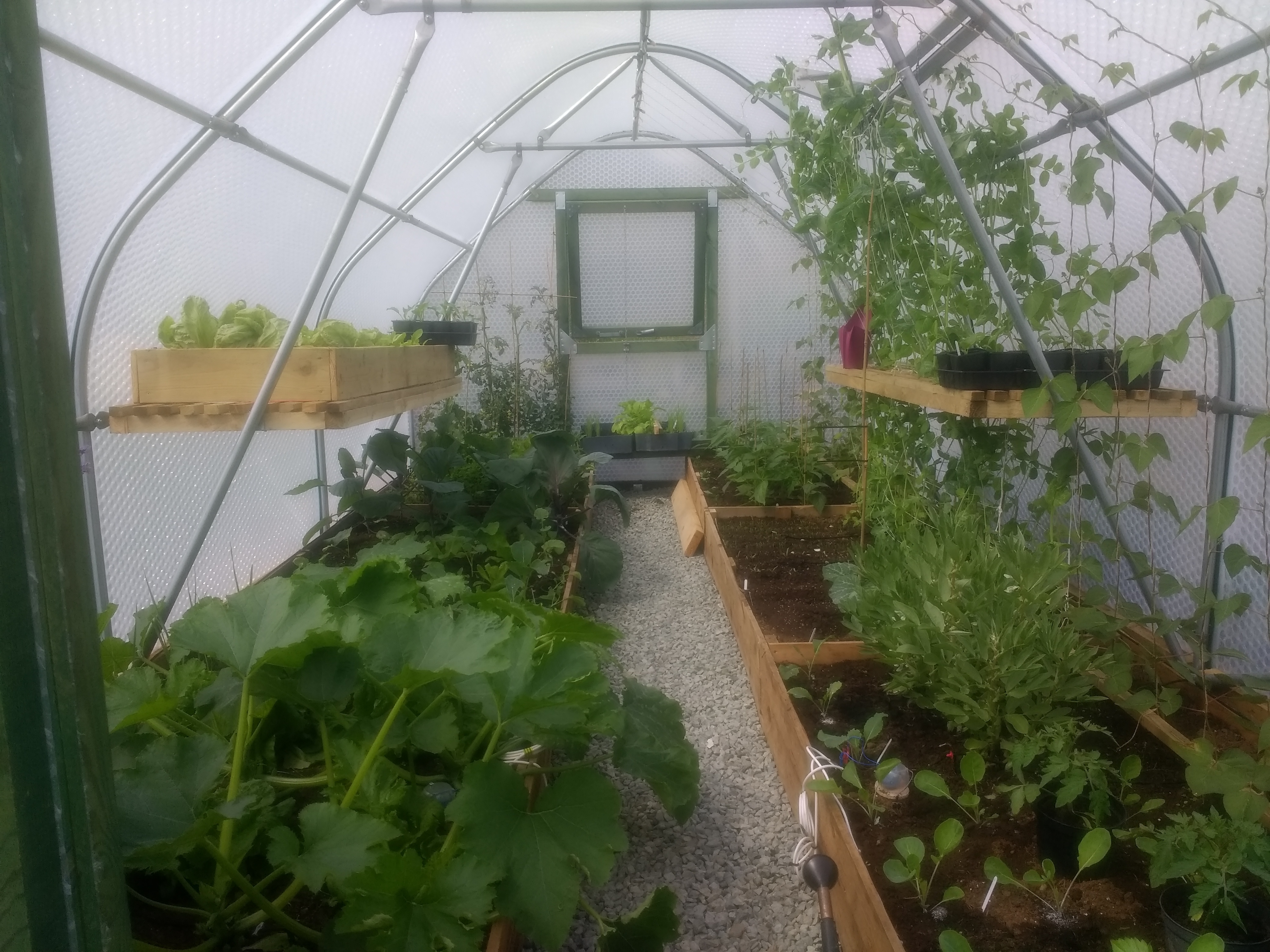 Inside the Keder Greenhouse after 2 months.

To make things easier for us Terry and Julie decided to put in their own automatic watering systems. With a feed pipe, some hosing, a timer and 2 sensors it is complete. Making things easier and more enjoyable. 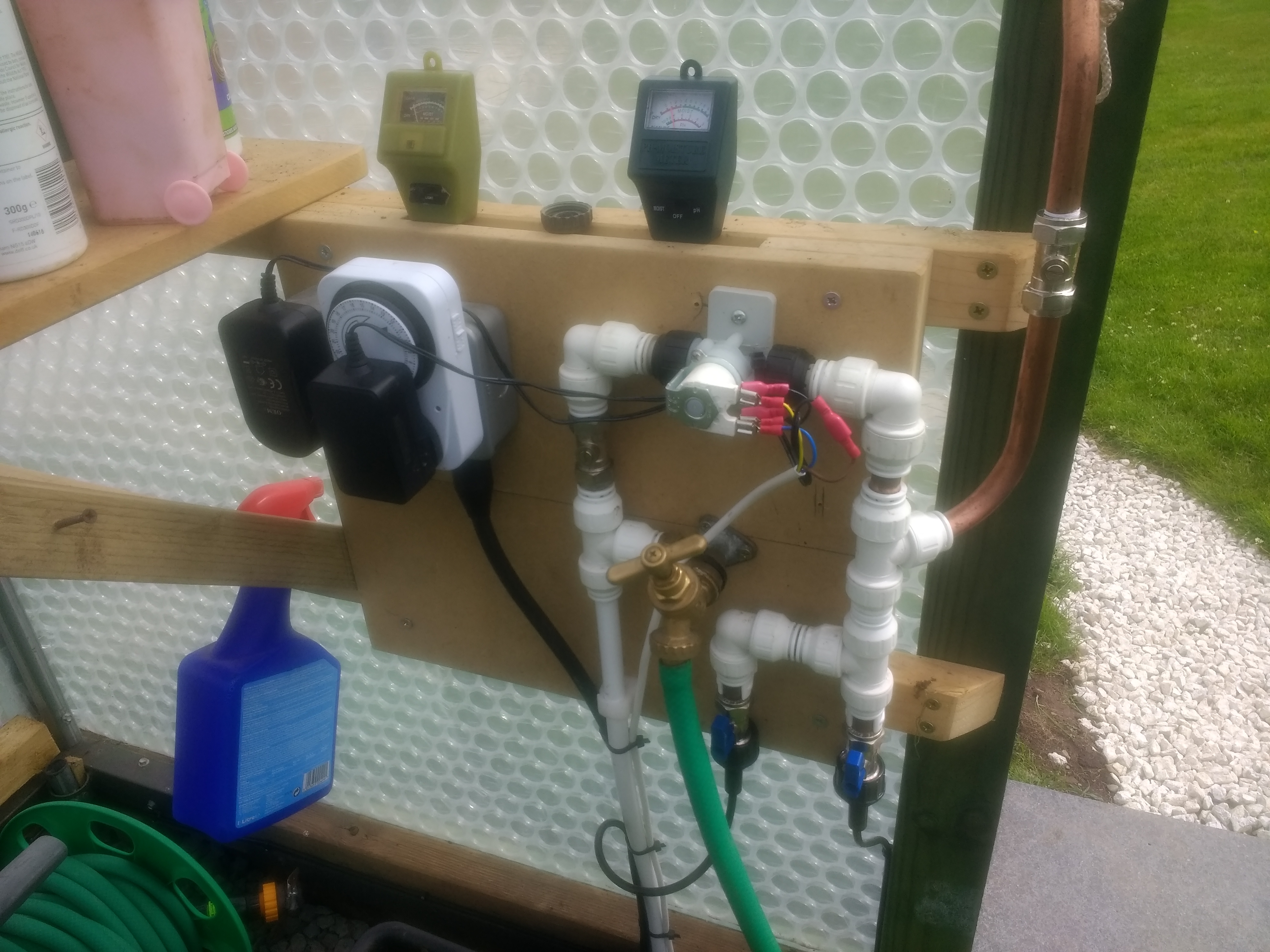 Their own automated watering system inside the Keder Greenhouse